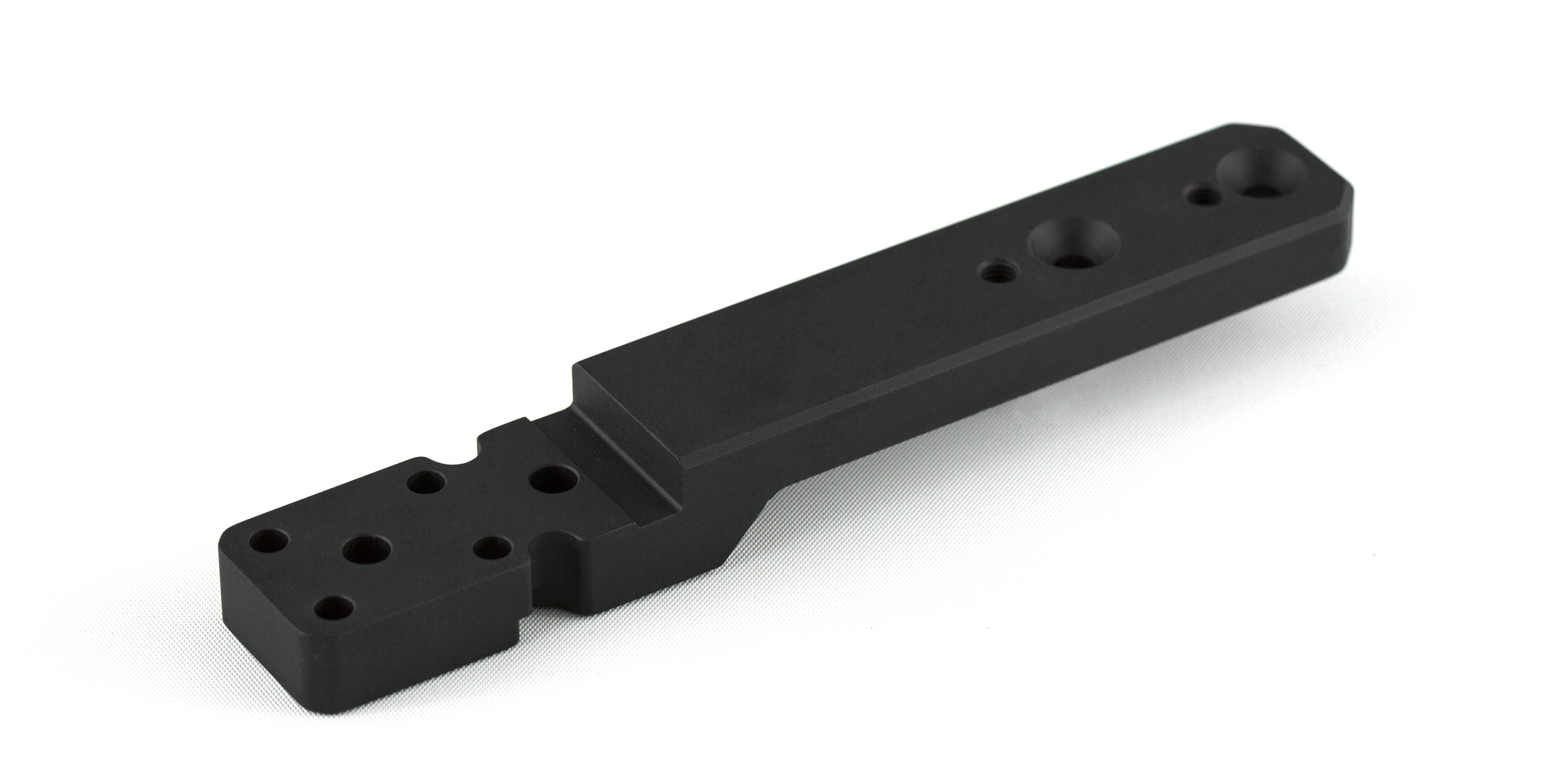 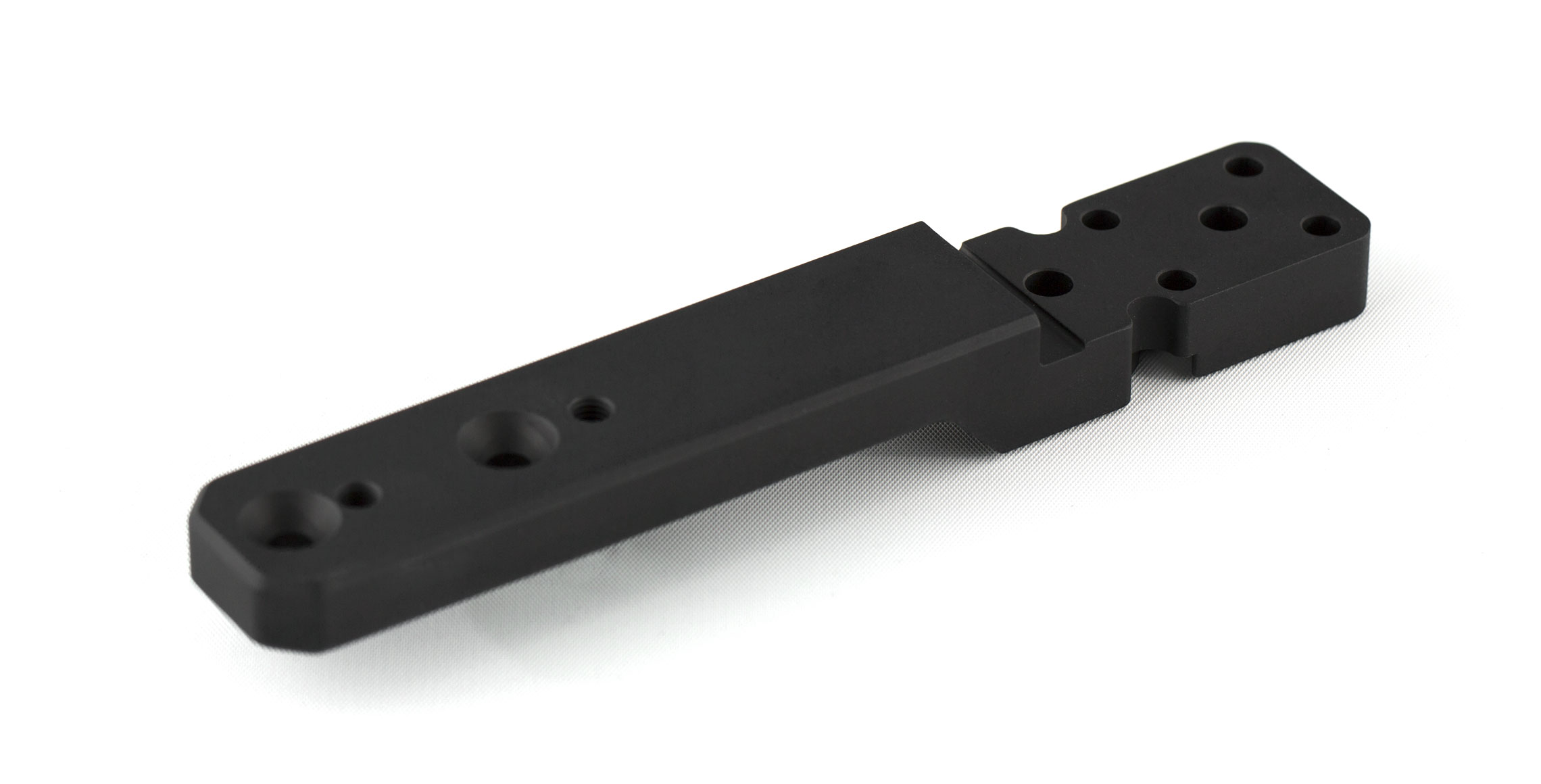 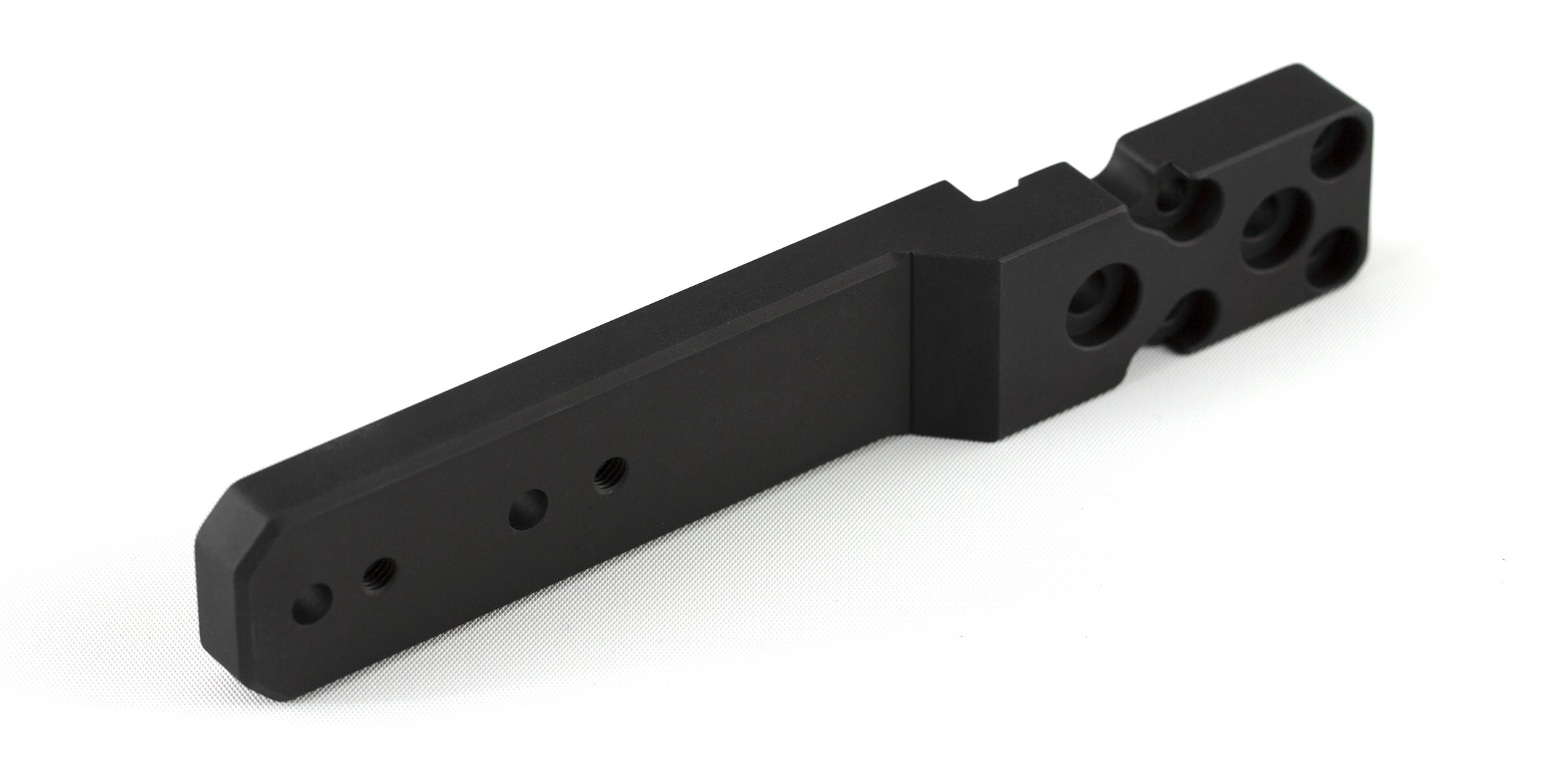 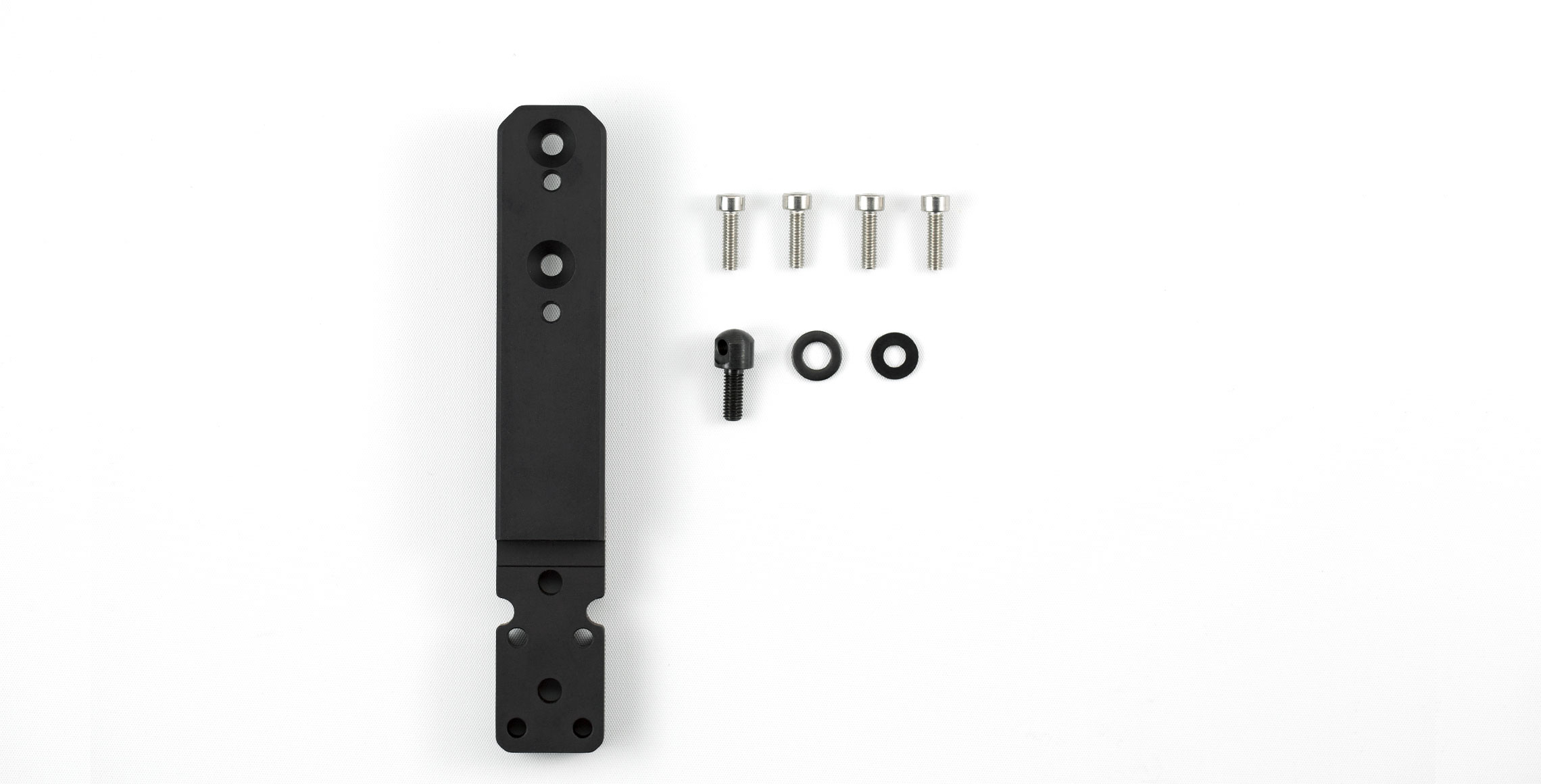 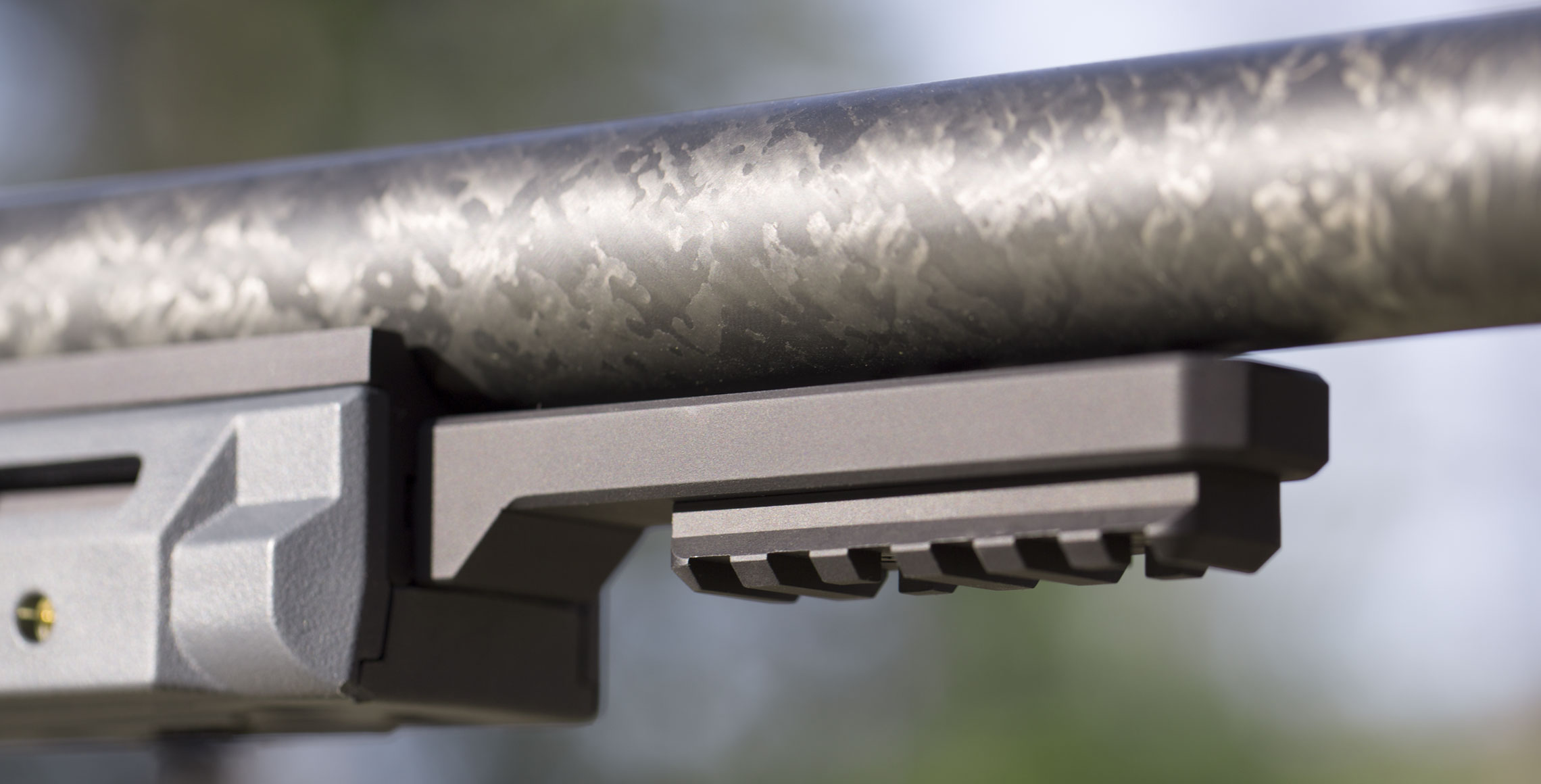 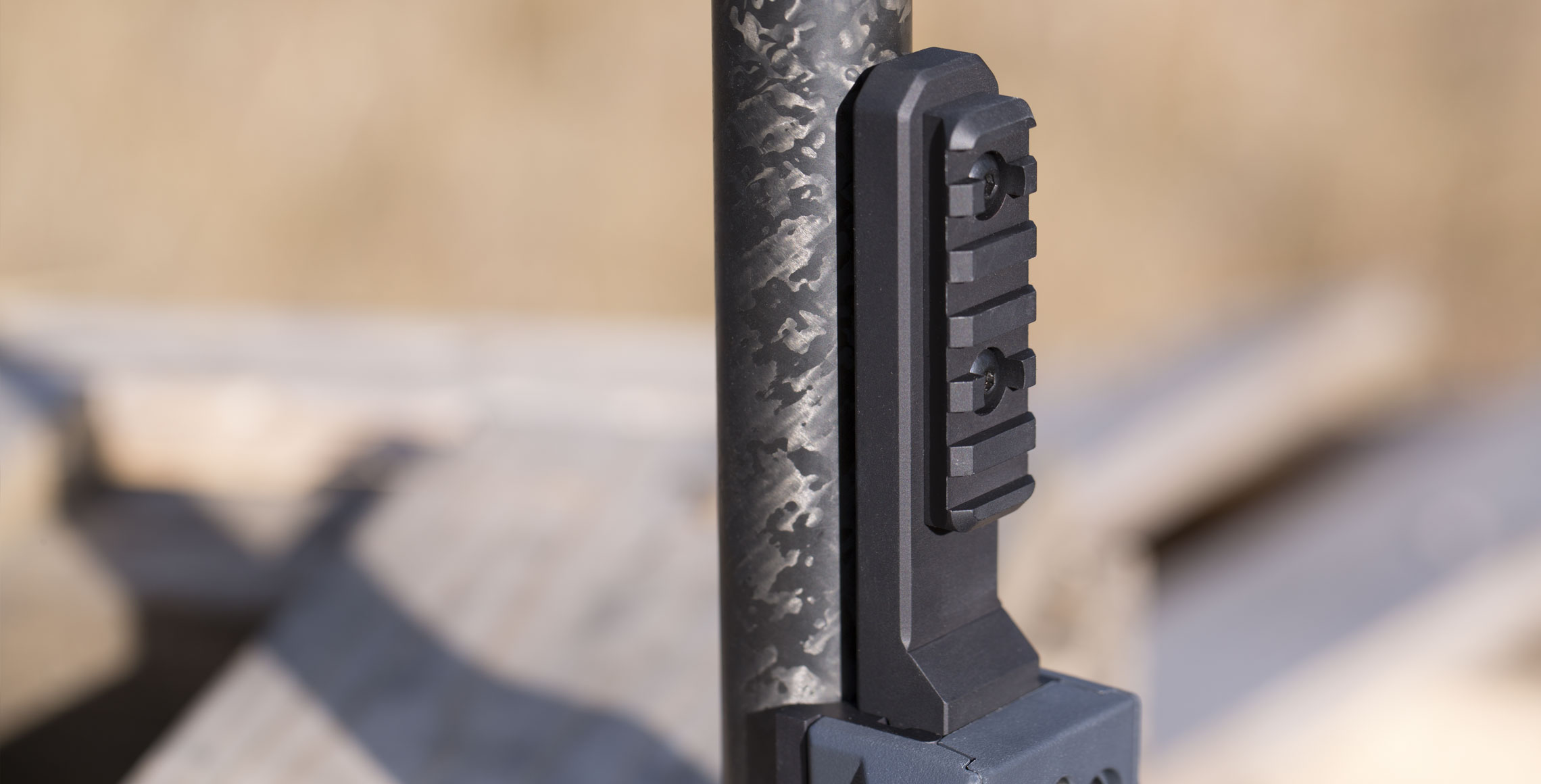 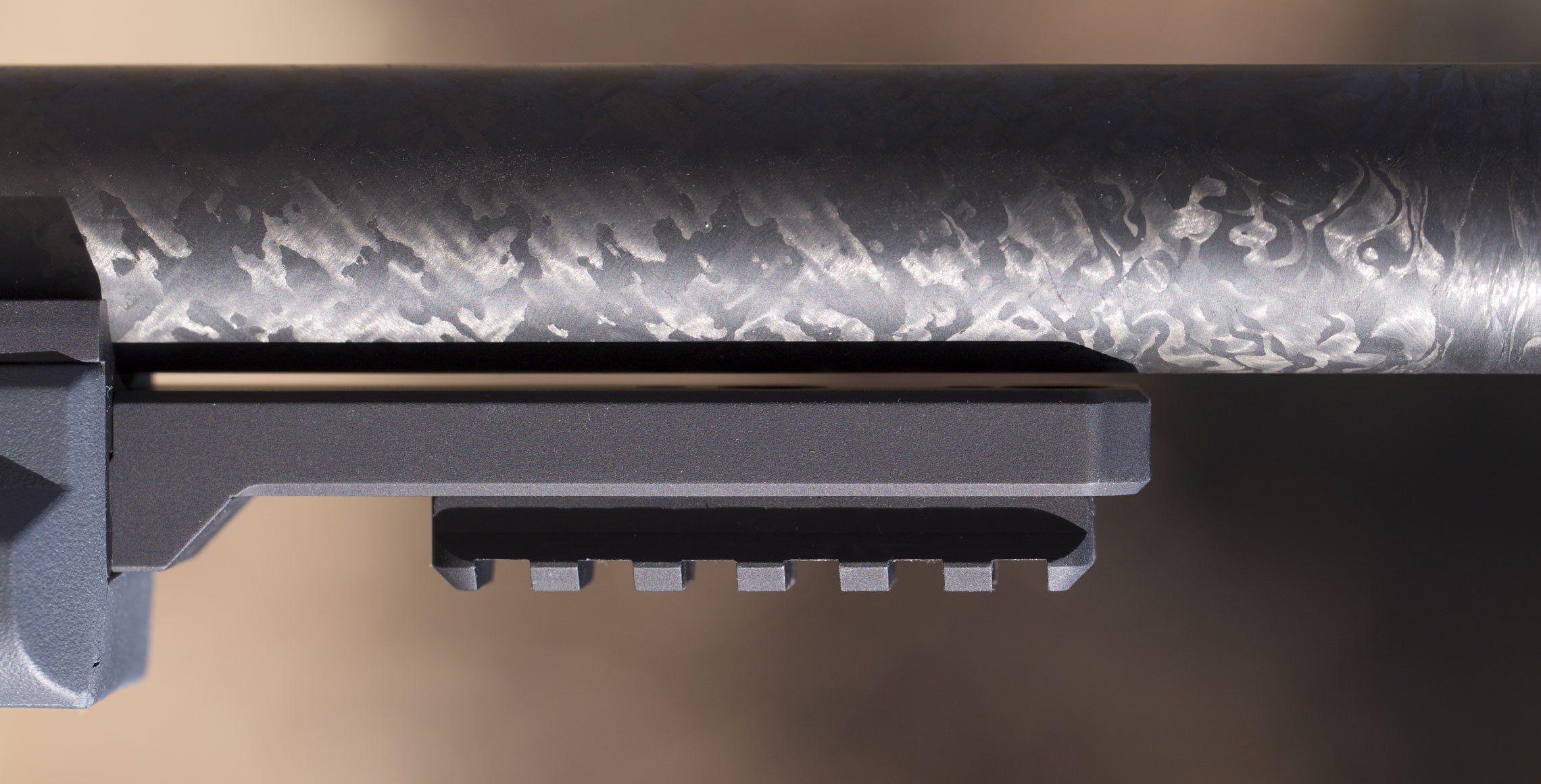 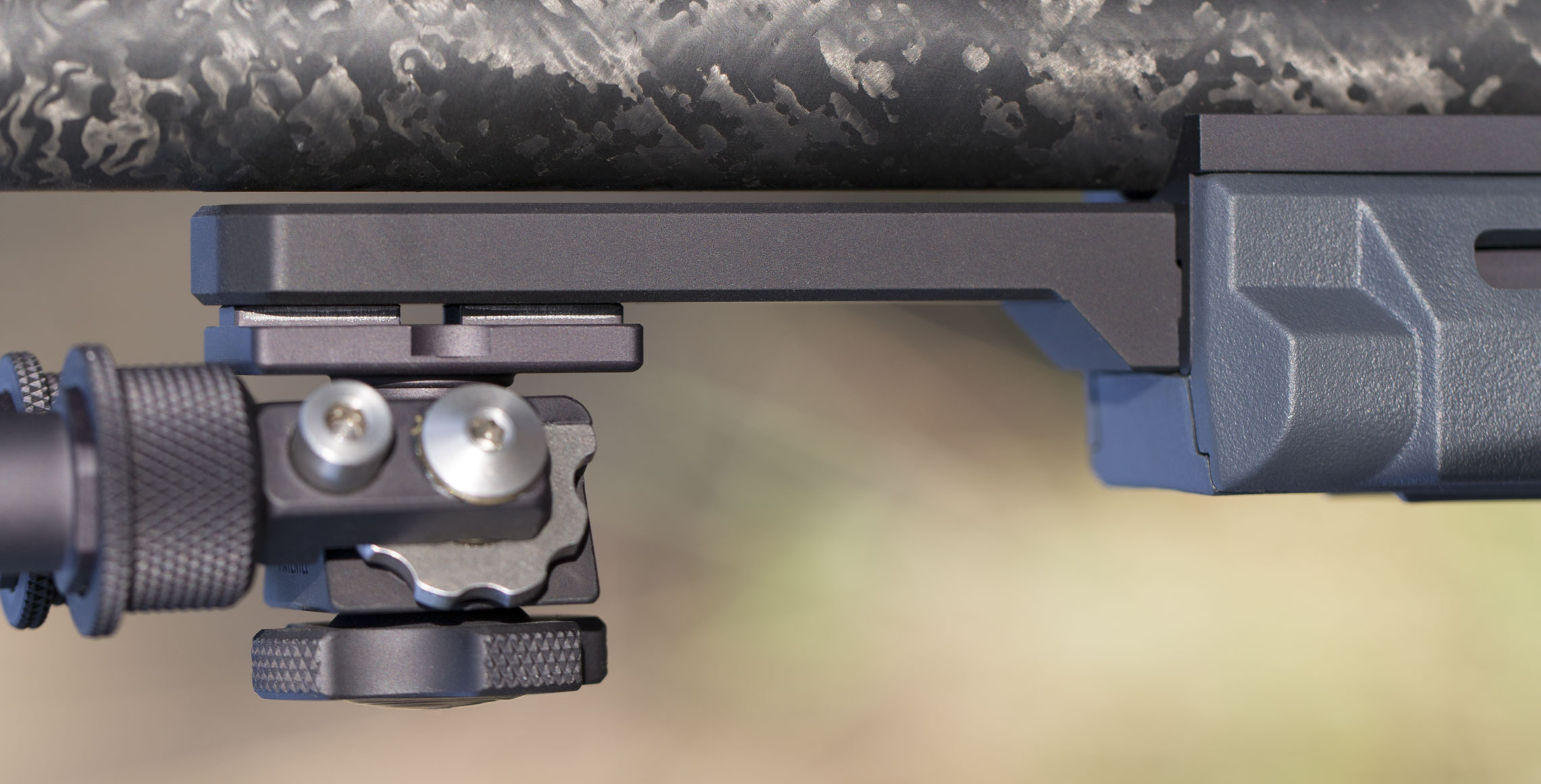 *Not compatible with Enclosed Forend

Spigot Minimalist provides the same bipod mounting benefits without the added cost and complexity of the other features found on the full Spigot. It features a bolt-on installation into the slot at the front of the chassis.

It allows a more stable location for a bipod which is closer to the bore by about an inch and further toward the muzzle approximately five inches over a standard Whiskey-3/X-ray/Bravo Chassis. It also provides lower rail, sling stud, or Atlas bipod mounting option.

It mounts into your Whiskey-3, X-Ray or Bravo with minimal interference into the barrel channel, so larger barrel diameters can be accommodated more easily